Oil prices have rallied by 10% over the past two months buoyed by improving sentiment on economic recovery and a decline in the US dollar. Based on historical trends prices could well increase further during 2013. However oil prices are now near the point at which energy costs have been a drag on economic activity in recent years, suggesting further increases in oil prices may be limited. Without a geopolitical shock oil prices are unlikely to move significantly above current levels.

Brent crude prices have been steadily moving up over the past couple months from around $106 per barrel in early December to just under $117 per barrel currently. Seen in a longer context however this only brings prices back to mid-September levels and prices are still some $10 per barrel below the recent highs seen in March 2012. Previous rally’s in Brent crude prices above this level have largely been driven by concern over geopolitical risks, notably in spring 2011 with the Arab Spring uprising and then in spring 2012 due to concerns over Iran’s nuclear ambitions. Where next for oil prices? 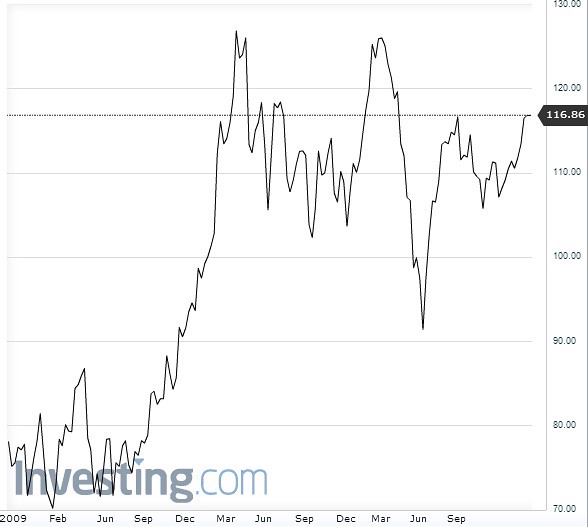 On the face of it, while geopolitical risks in the Middle East have not gone away the threat to oil supplies in the region appears less than seen over the past couple years. Iran is set to resume negotiations on its nuclear ambitions in late February following an eight month break in talks. Meanwhile both Iran and the US have shown willingness to sit down, albeit with vague conditions. The Syrian civil war continues but as yet has not had a significant impact on oil output. Nevertheless the recent Israeli attack on a suspected missile convoy heading from Syria to Lebanon illustrates the potential for the conflict to escalate.

Related article: Geopolitical risk: What are the commodity market hotspots?

Historically, high energy costs are seen putting a brake on economic activity, resulting in a subsequent weakening in the oil price. For example, each year during the post financial crisis period there has been a pickup in US manufacturing activity early in the year only to disappoint later, with each period being associated with a spike in the price of oil. Is the momentum behind manufacturing and wider economic growth strong enough? If oil prices continue to rise we could see the same picture this time? 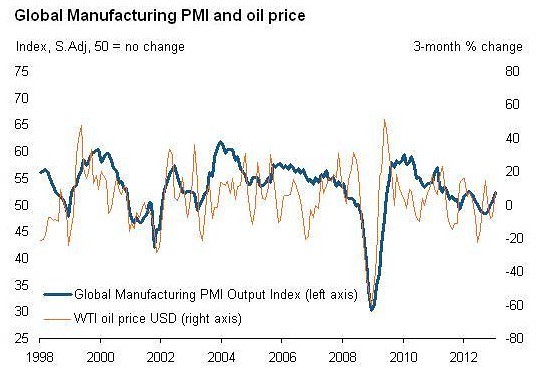 Based on historical oil price data (published in a recent note by US Global Investors) over the past 28 years, February tends to mark the low point with oil prices increasing through to September. 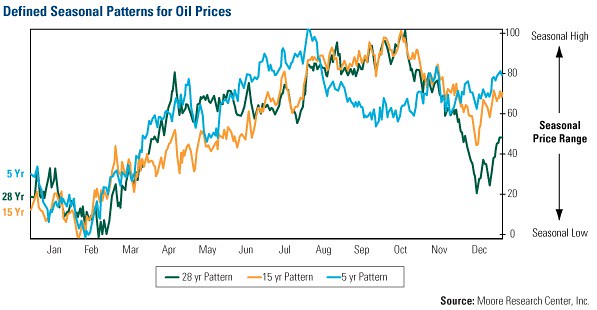 What is the outlook for manufacturers? The chart below shows The Economist commodity price index against the JP Morgan global manufacturing PMI input prices index. Although global input prices have risen in the past few months, cost inflation remains muted compared with recent historical data. Input costs are likely to increase further in the next couple months, as the recent increase in oil prices feeds through. 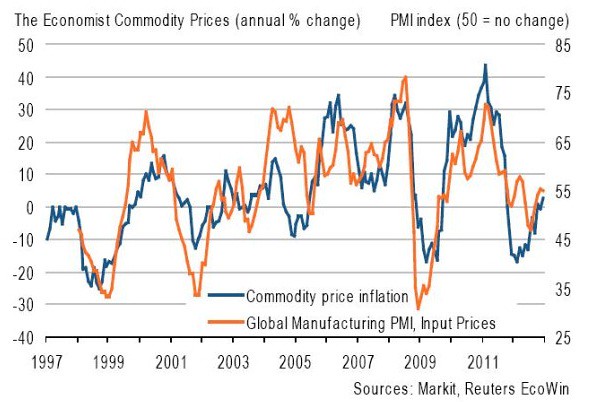