The UK Office of Fair Trading (OFT) is to review the price of petrol (gasoline) and diesel paid by motorists due to concerns that falling crude prices are not reflected in falling fuel prices.

A spokesperson for the OFT said “Many motorists are concerned about fuel prices and that when crude oil prices fall, this is not seen at the pump as quickly as consumers would like…”

As the chart shows around 35% of UK fuel costs are related to the cost of oil and refining. The rest (around 60%) is made up of various forms of taxes and less than 5% for the retailer. 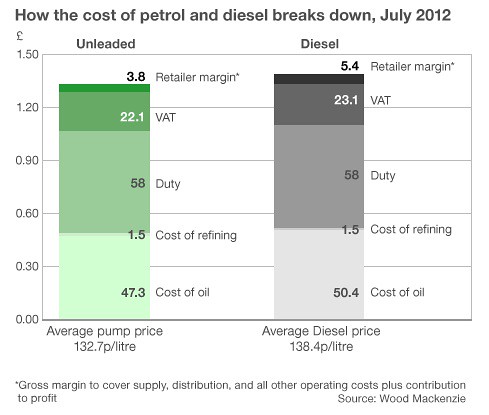 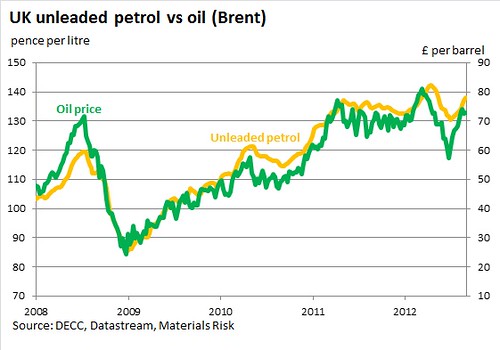 The review will also look into whether there was a lack of competition in rural areas. Since 1990 the number of petrol stations has declined from 18,000 to less than 9,000 currently.With margins for retailers so small it is perhaps not surprising that so many petrol stations have closed.

Regional differences in petrol prices are more often due to distance away from local refining capacity. Since the closure of the Coryton refinery in Essex earlier this year average petrol prices in East Anglia, London and the South East have been the highest in the UK (excl. Northern Ireland). An area with one of the highest concentration of petrol stations in the UK. 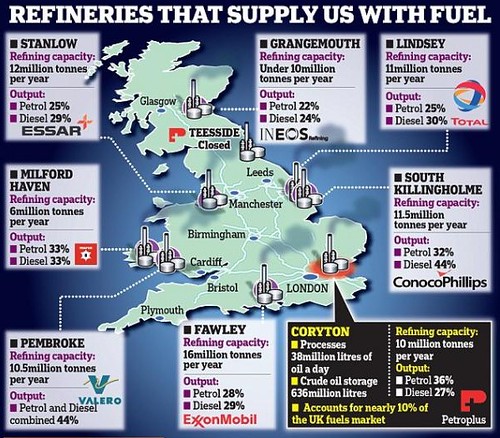 The OFT will publish its findings in January.